Like most of you already know I’m currently switching from Canon to Olympus. Mainly for weight and size reasons.

A few months back I heard about the development of a M.Zuiko 40-150mm f/2.8 lens and soon after about the x1.4 Tele Converter. This news and knowing the size and weight would play an important role in the development of the lens made my decision to drop my Canon surf photography kit very easy. I was lugging around 18kg of gear and had (and still have) ambitious long term travel plans and the thought of halving the weight without losing quality took more and more shape.

Perfect. I was sold.

Today I attended an Olympus Specialist Event in Sydney. Olympus talked about the new features of the 2.0 firmware, updated the software on my E-M1 for me and I also got the opportunity to test the 40-150mm f/2.8 and the same lens in combination with the x1.4 Teleconverter. Effectively making the 40-150mm a 56-210mm f/4 lens.
Testing the 40-150mm f/2.8 (without the TC) showed me what I already expected. This lens is FAST and incredibly sharp. It is in fact the sharpest M.Zuiko PRO lens available at this moment.
Olympus provided us with a great model and a simple 1 light octo box setup. Perfect for some first testing.
All images are unedited and straight 100% converted from the RAW files. 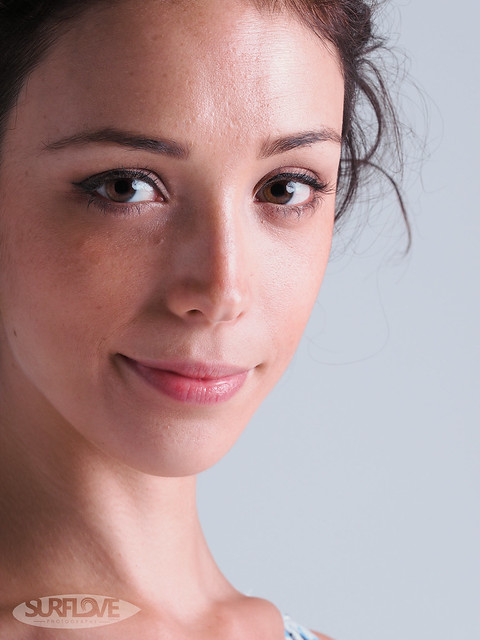 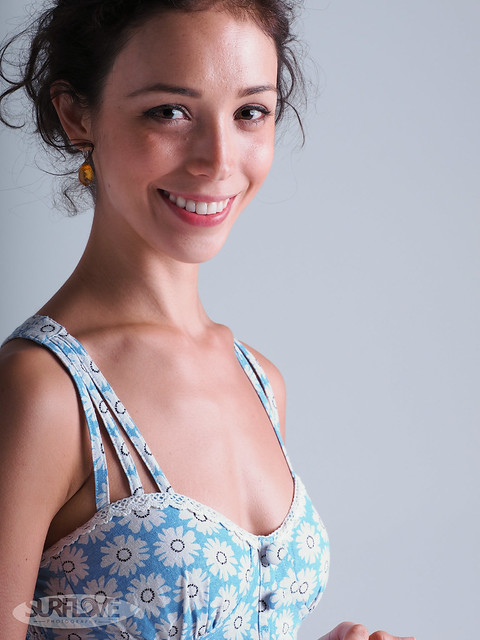 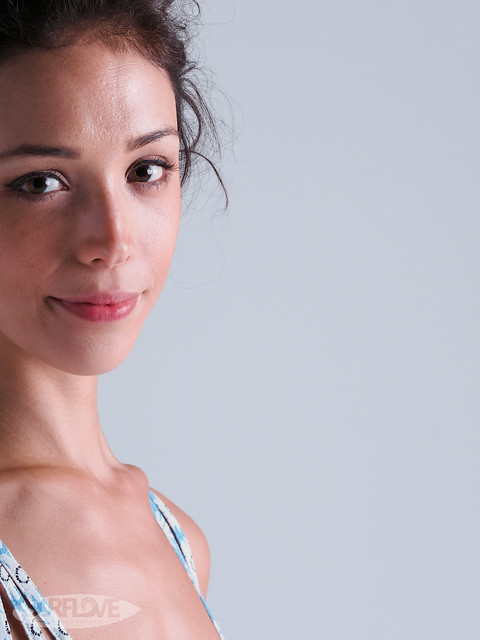 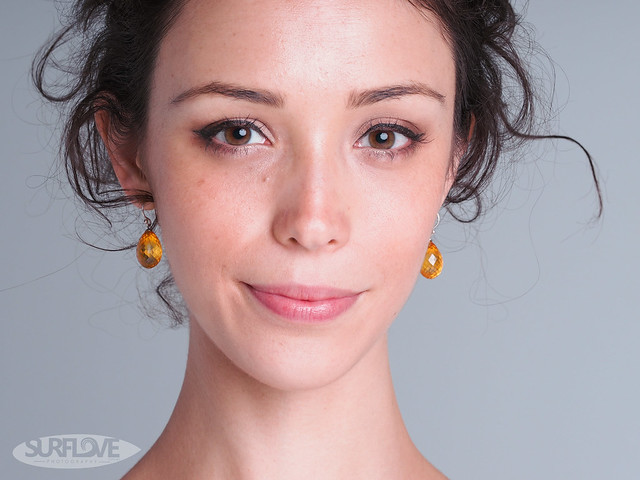 I then attached the M.Zuiko x1.4 Converter and did some focus speed testing and was surprised how fast it was focussing. Even from a close up distant subject (minimum 60cm from the sensor) over to a subject 10m away it was instantaneous. This was in a rather under-lit environment.
I then turned the camera towards the model and shot a couple more photos. After checking them in Lightroom later on I must say the sharpness is amazing! See for yourself below: 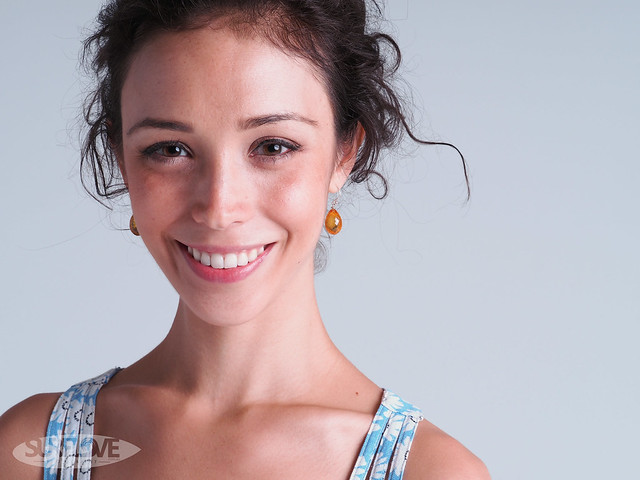 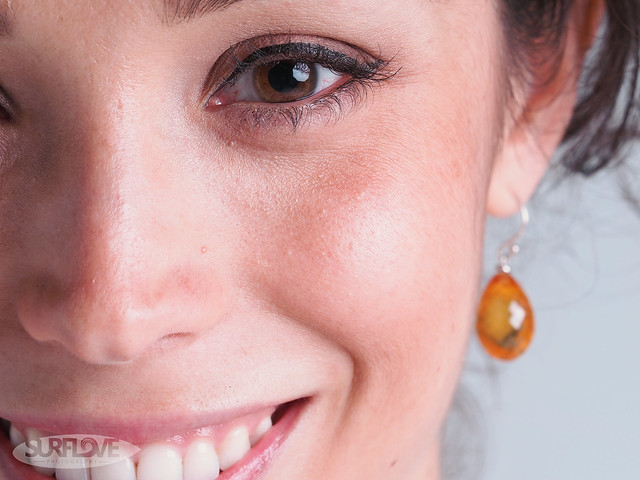 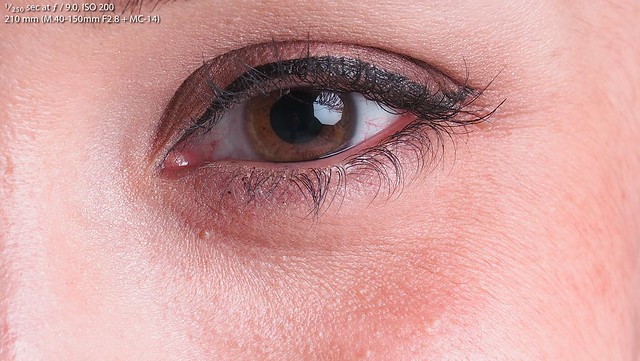 Both images are taken from approximately the same spot (I might have stepped forward one or two steps for the close-up shot). The first one is at 60mm and the second one at 210mm.  (click on the images to see them in full size on flickr)

A great Thank You to the guys at Olympus AU for putting up the presentation and letting me have a play with their new lens.

Olympus’ flagship camera, the E-M1 is getting what it deserves: A solid range of weather proof, super sharp lenses. I won’t be surprised to see more and more professional photographers making the switch.
And finally I will have a tele lens to shoot surf with.

As requested by many of you I added 2 shots I got with the same lens setup. But this time at f/2.8. Like previously mentioned: the light conditions where less than ideal and in order to get a properly exposed image I needed to go up to ISO1000. Non the less it shows how incredibly sharp this lens is and how very low-light capable it is. Focussing was no problem at all.

Be advised that the shutter speed on these 2 shots is at 1/40 of a second and I was handholding a 210mm (420mm full frame equivalent) lens. Which shows us how impressive the 5-axis stabilisation on the E-M1 is simple incredible!
All images are direct full sized JPGs converted from the RAW image. 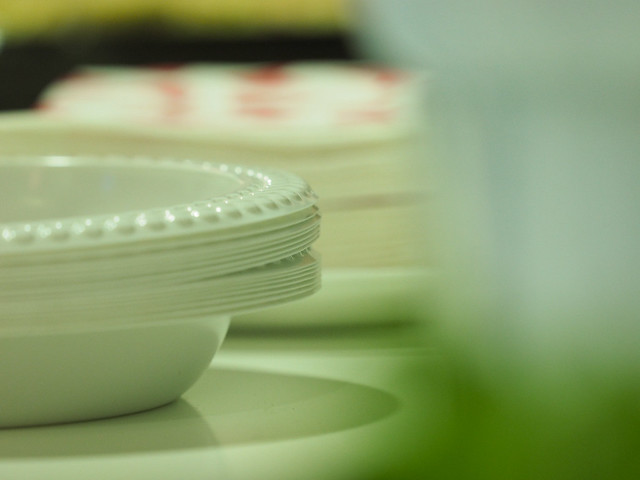 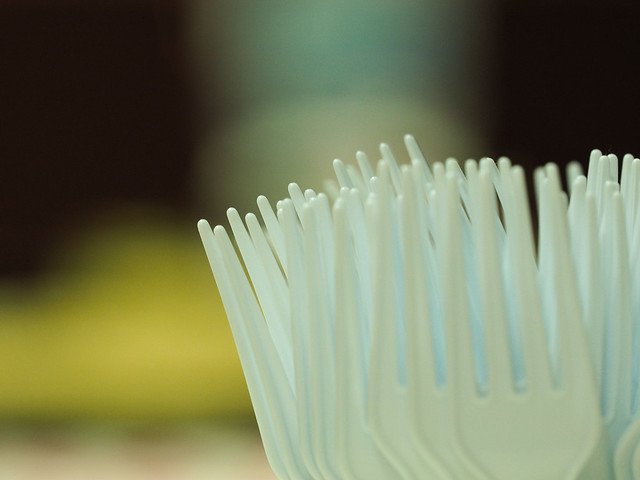 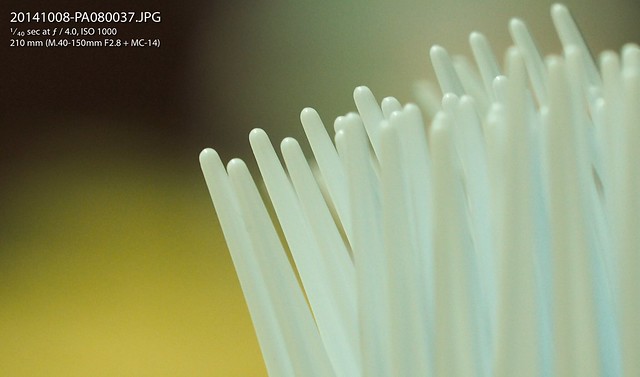 Pre-Order the M.Zuiko 40-150mm (or the kit with the M.Zuiko x1.4 Tele Converter) at the links below. Unbeatable prices!