Slow shutter speeds in surf & wave photography can be very challenging. Especially if you are working handheld, in the pouring rain, in a raging storm!

The waves weren’t great in the recent weeks, so in order not to completely depress and start shooting things I really don’t care about, I decided to give slow shutter speeds a go.

The stormy conditions of the recent weeks created some really messy waves on a lot of the beaches and made for a sloppy swell creating unsurfable beach breaks (around 1-2ft). This might sound (and look) miserable to the average surfer & surf photographer… but desperate swell-less times make for desperate people.

A big summer storm was moving in and it looked as though the sun was going to peek out between the dark clouds and the horizon for a few minutes before setting for the day.

I packed my Olympus E-M1 and Panasonic LUMIX 8mm f/3.5 fisheye into the Olympus PT-EP11 underwater housing and ran down into the rain.
Secretly I was hoping for the impossible: A speed blurred beach break with a golden tone in the water from sunset in the distance and maybe a lightning strike in the centre of my shot.

Yes! Hopes were high and as lightning kept striking in the distance I couldn’t stop myself from running into the shore break, throwing myself into the mess and keep on trying.
Considering that lightning is generally only visible for only a fraction of a second I needed a relatively slow shutter speed to get lucky enough to capture it. 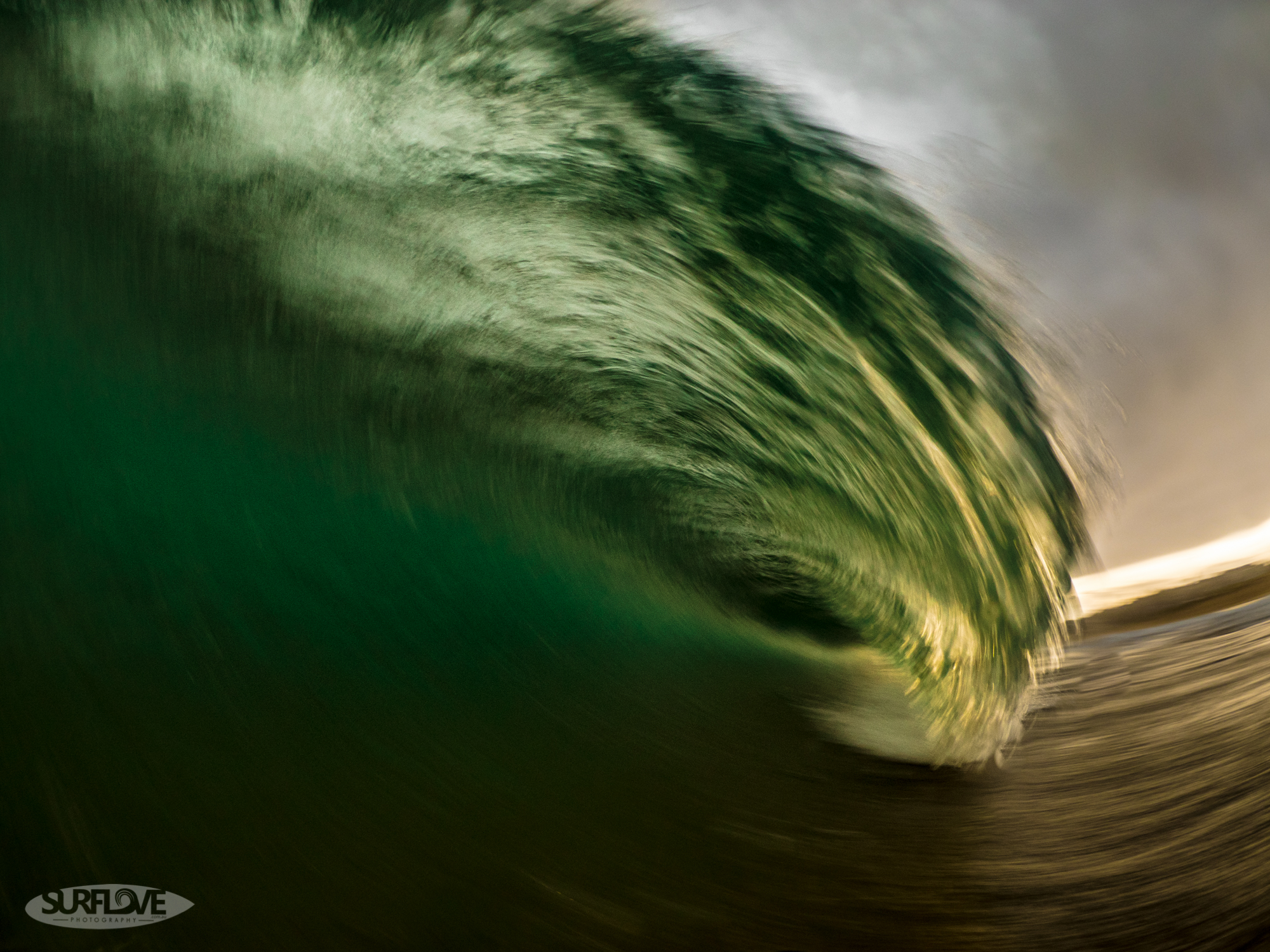 I played around with the shutter speed (and aperture) and all the images you can see range between 1/20sec and 1/60sec. Anything slower than 1/20sec would blur the whole shot and anything faster than 1/60sec was just radically reducing the chance of capturing a lightning bolt. 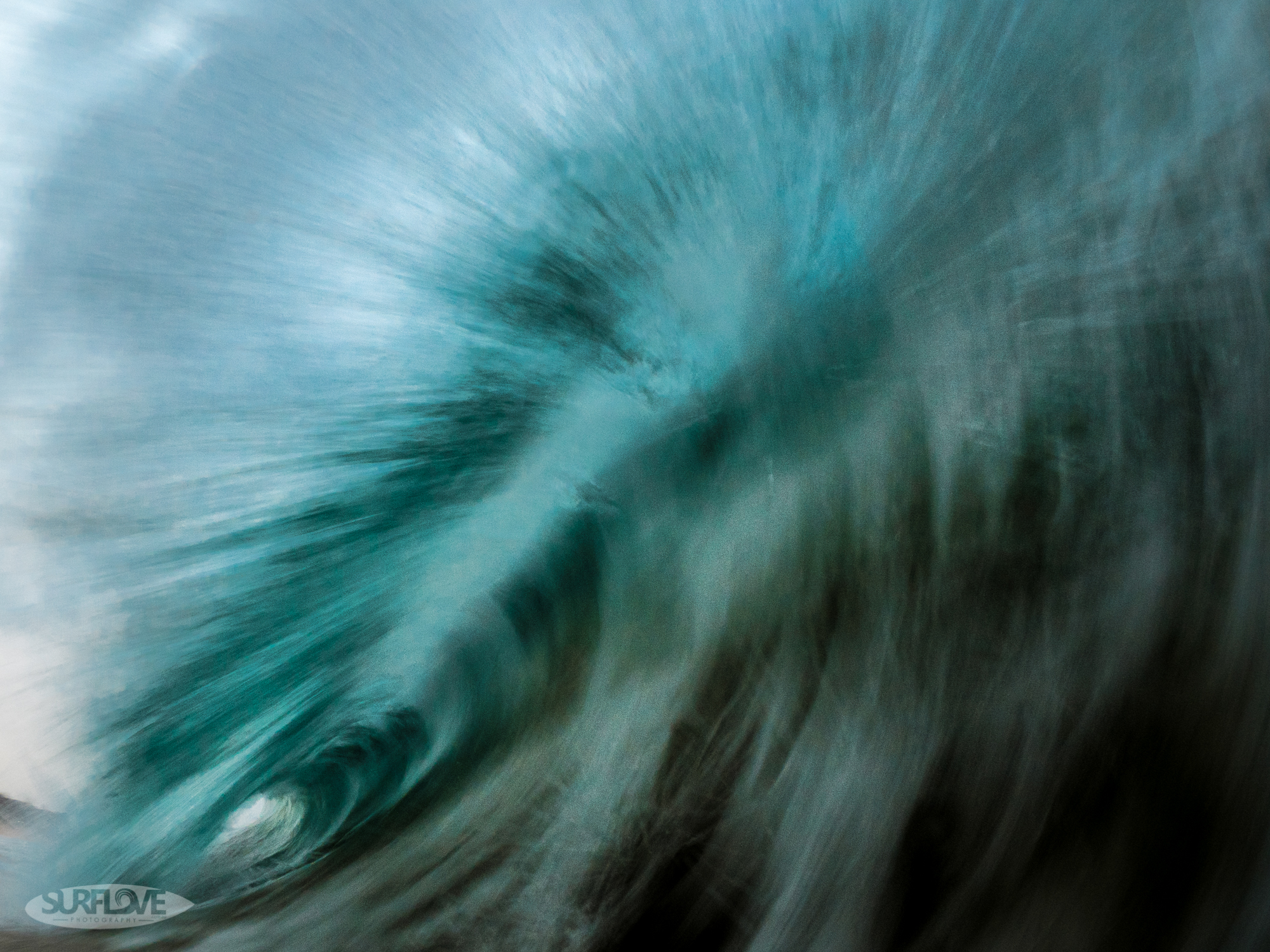 Because of the low shutter and high aperture balancing each other out nicely, ISO stayed down at native ISO200 giving me the best image quality.

In order to achieve the blur on most of my images I didn’t only let the wave do the motion but also ran from the beach towards the breaking wave and jumped into the barrel head first. Luckily the Olympus PT-EP11 housing is small and with the 100mm ZEN dome port so compact that I could get ‘inside’ the small shore break to capture the action. 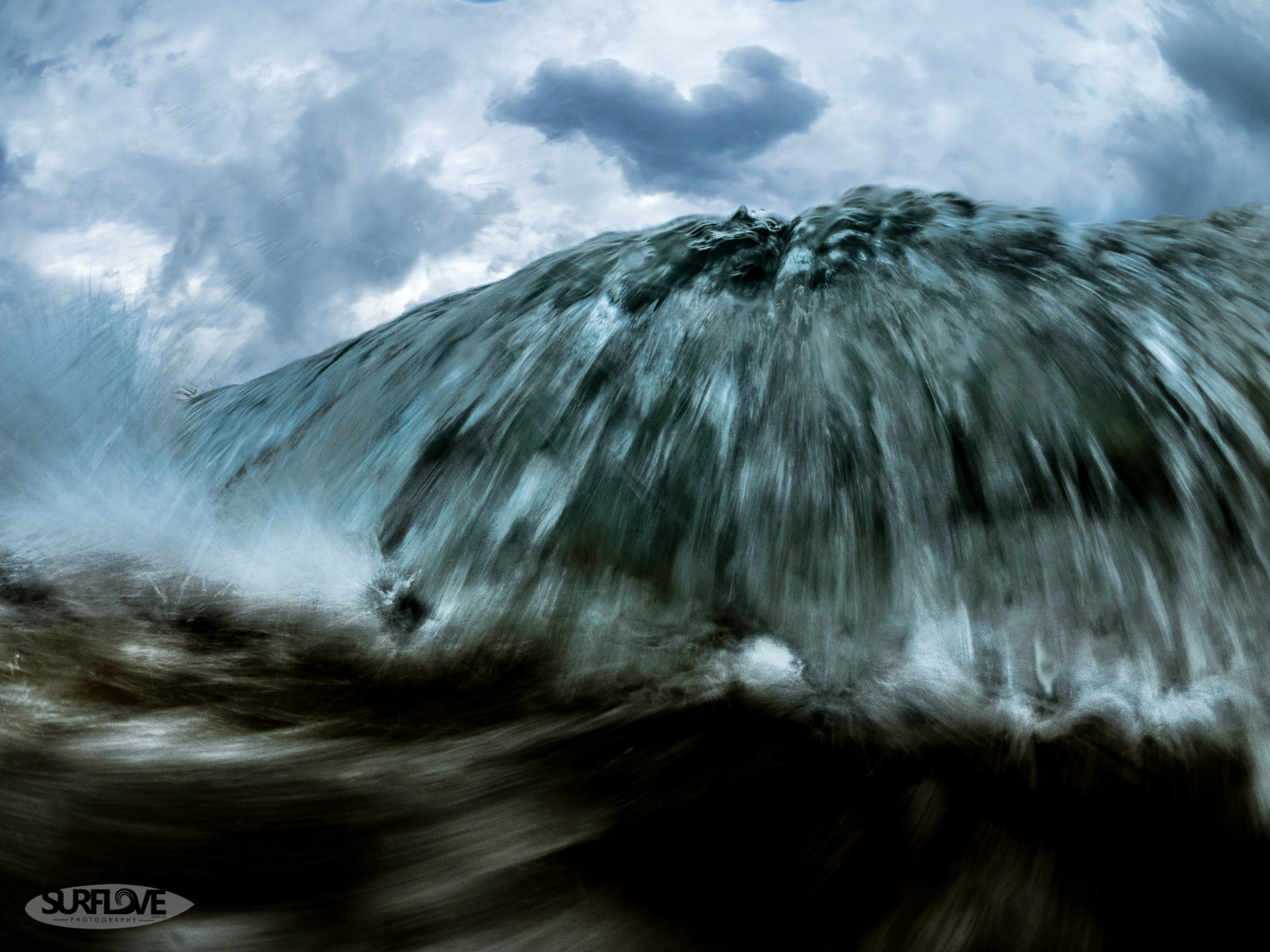 In short: Just picture a guy on a big deserted beach running into small messy waves all by himself on a rainy, dark, stormy day with lightning striking every minute – over and over again… 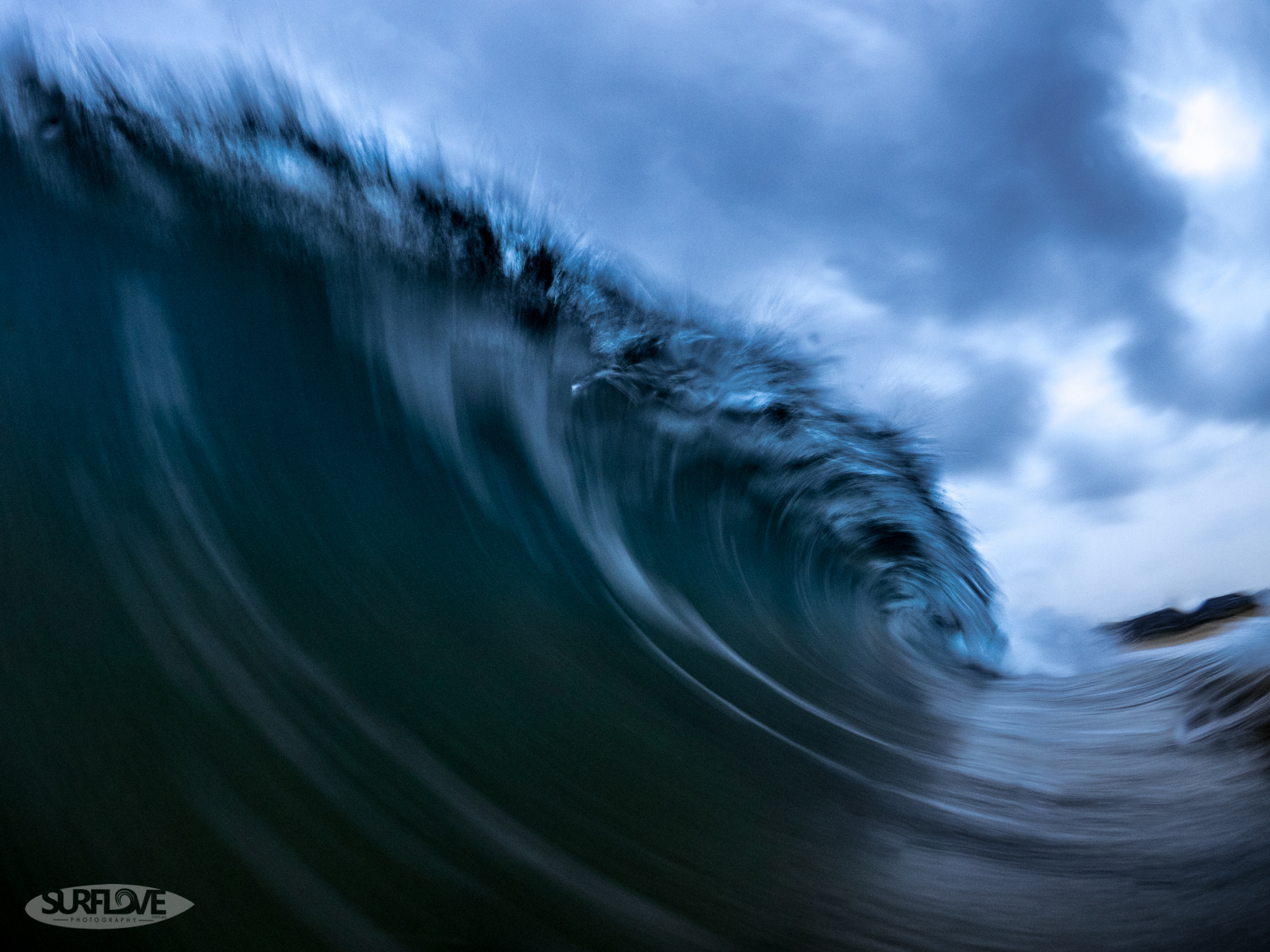 Yes, I’ll be honest: It takes a lot of attempts to actually capture the keepers. And we all know that capturing a lightning strike framed inside a wave is not something you just go out and get on your first attempt. BUT I was lucky and actually captured the strike in one of my shots (of about 600) – not quite how I initially imagined it but for a first attempt quite satisfying. And it’s definitely enough to get me out there again in the next storm! 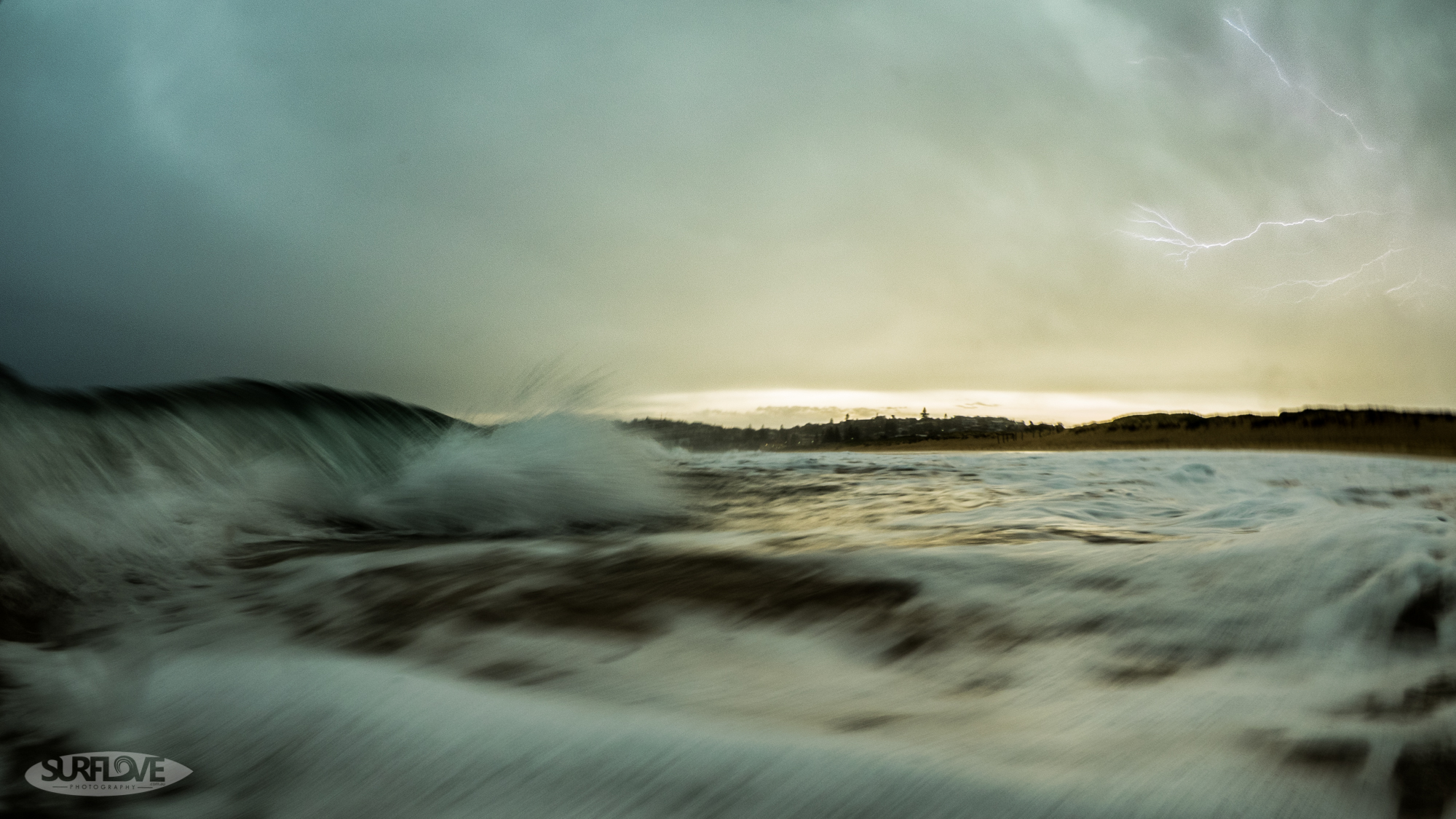 The things learnt from this little adventure: 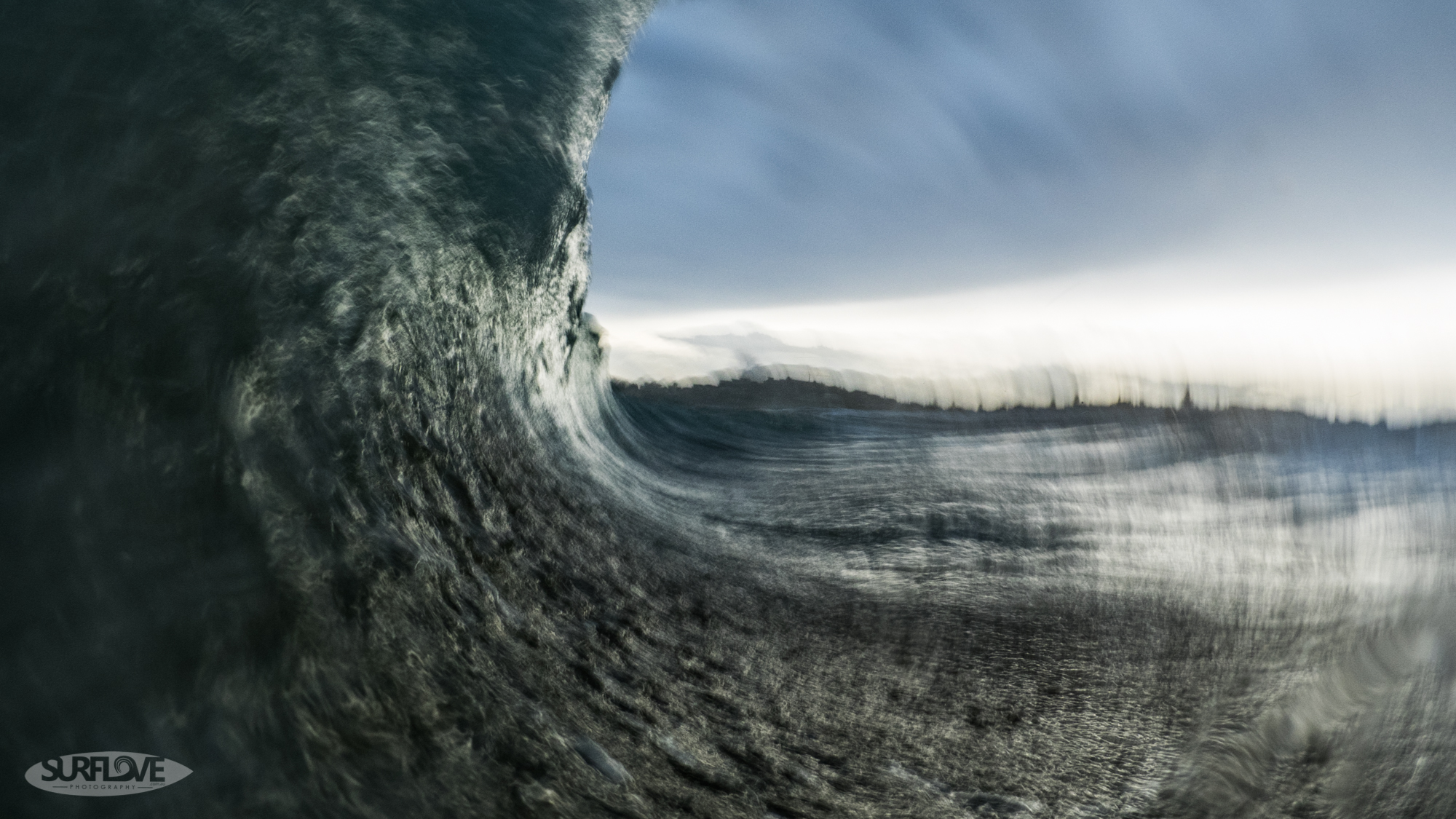 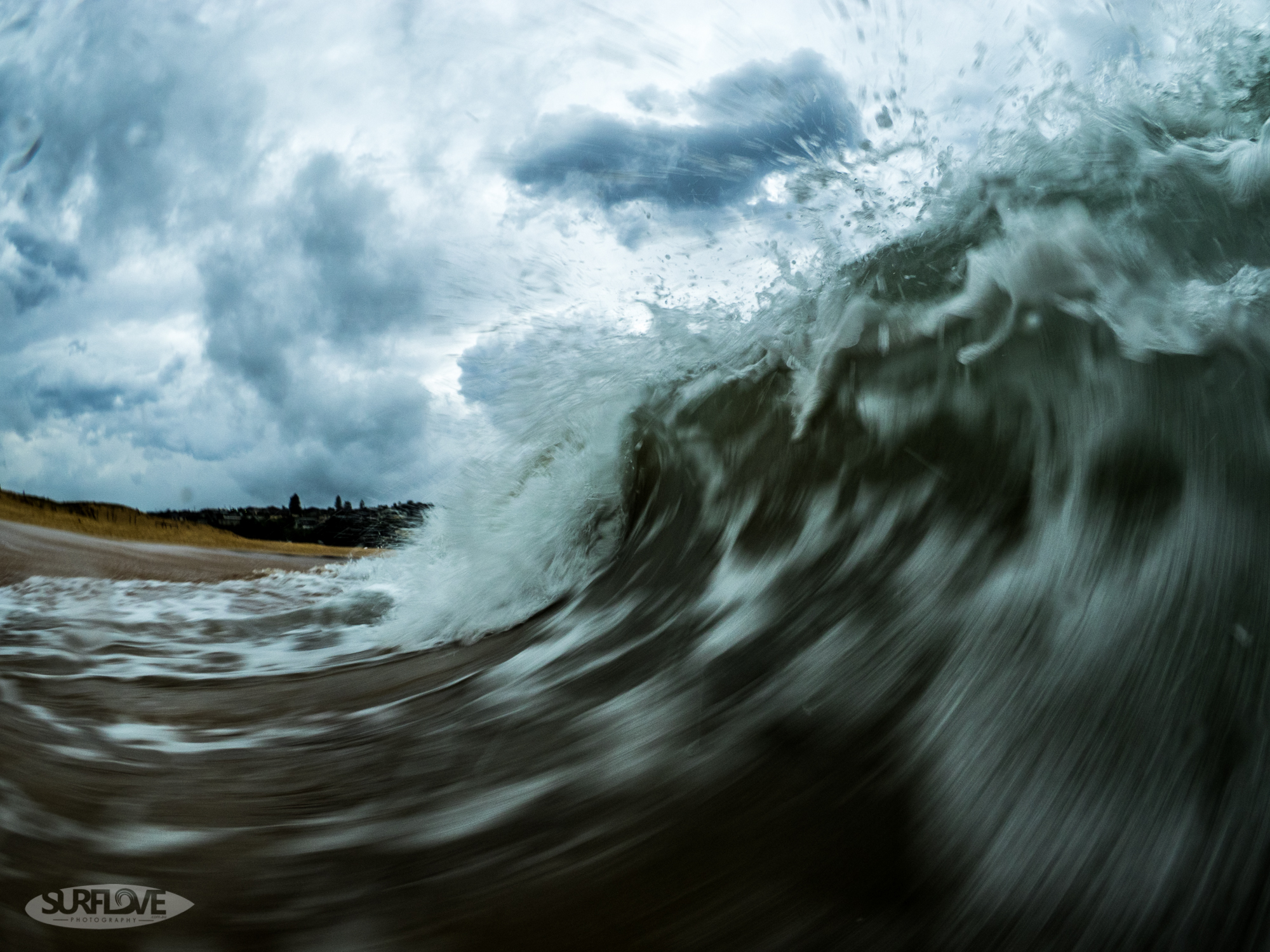 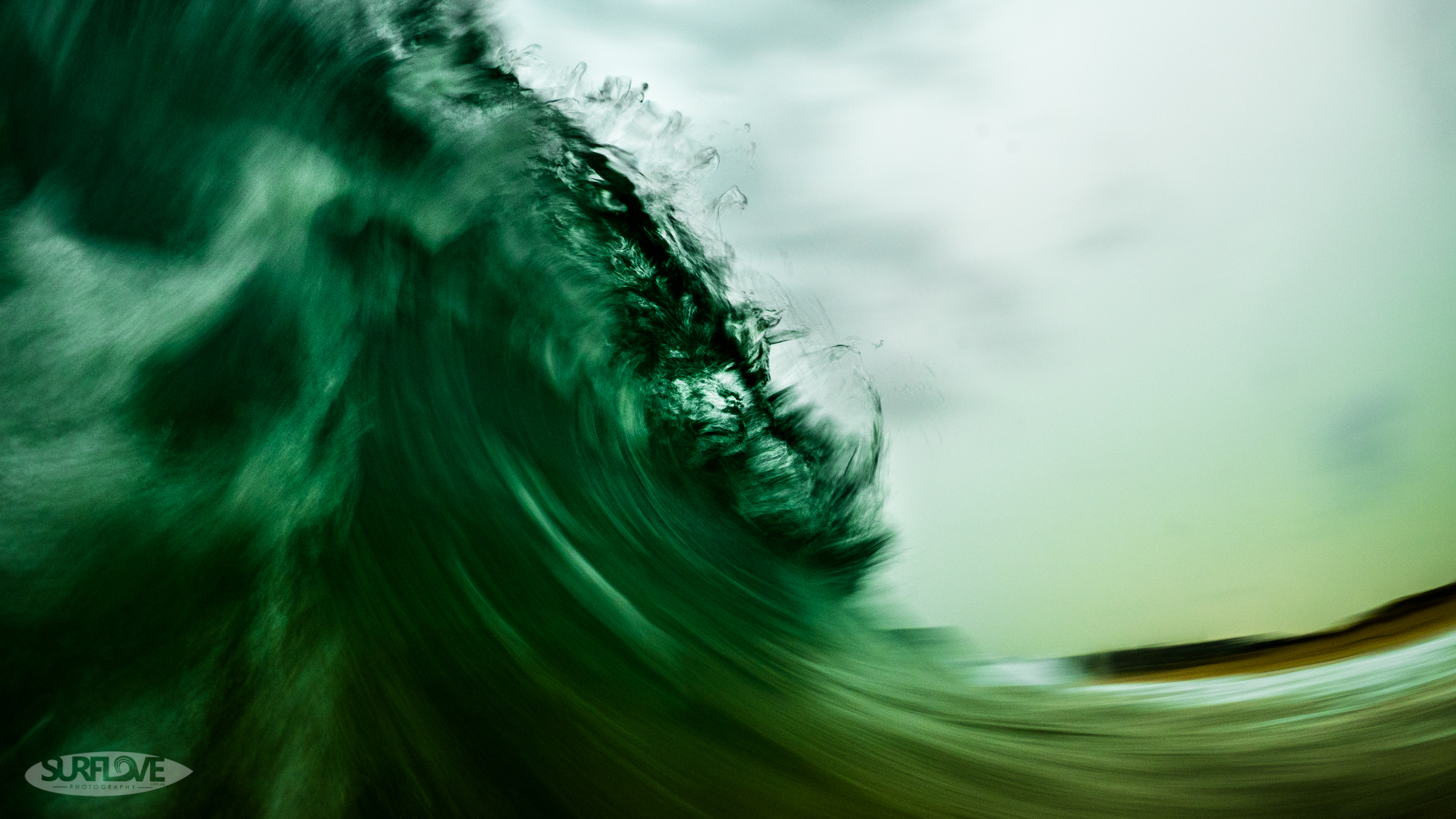 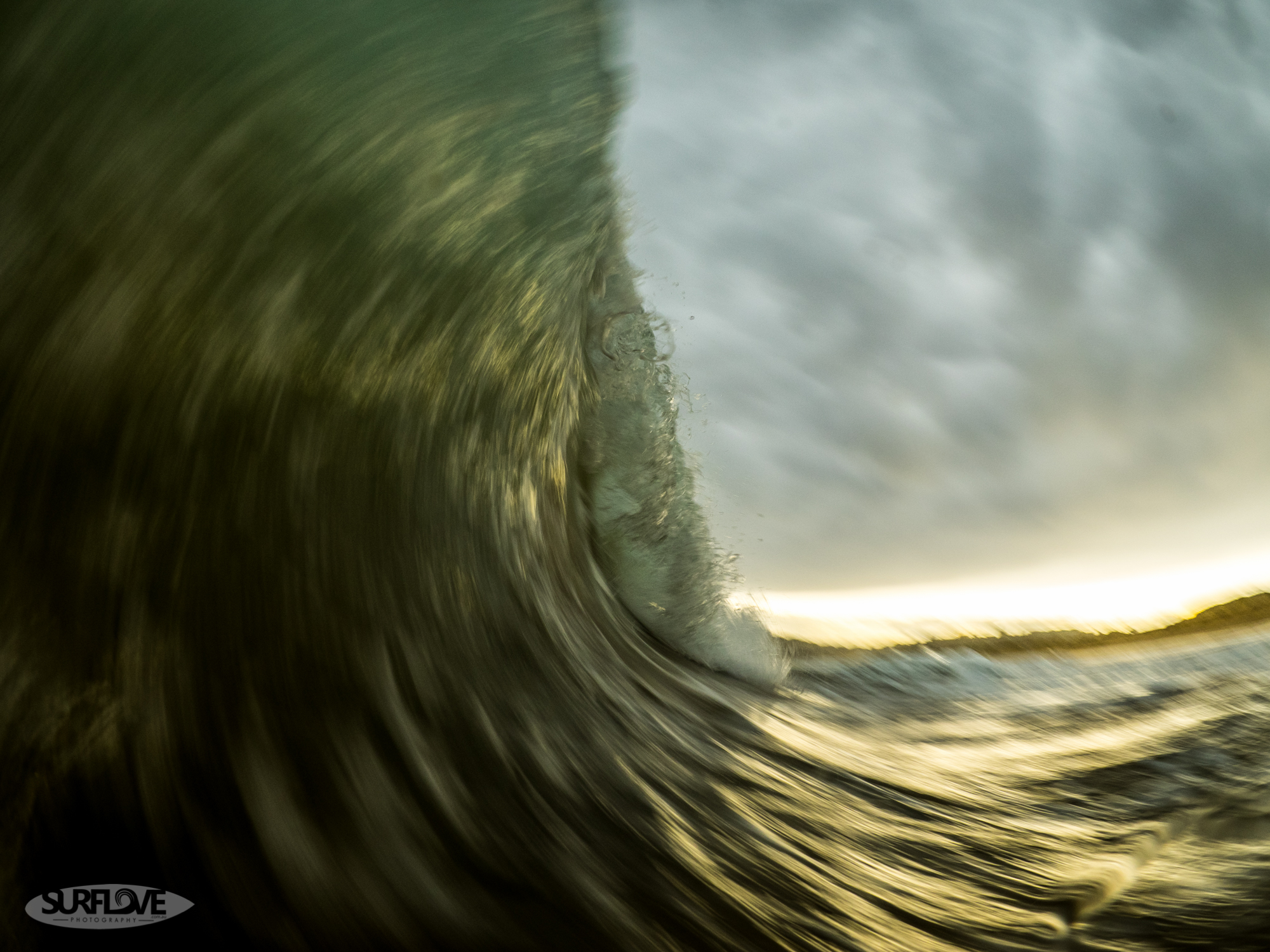 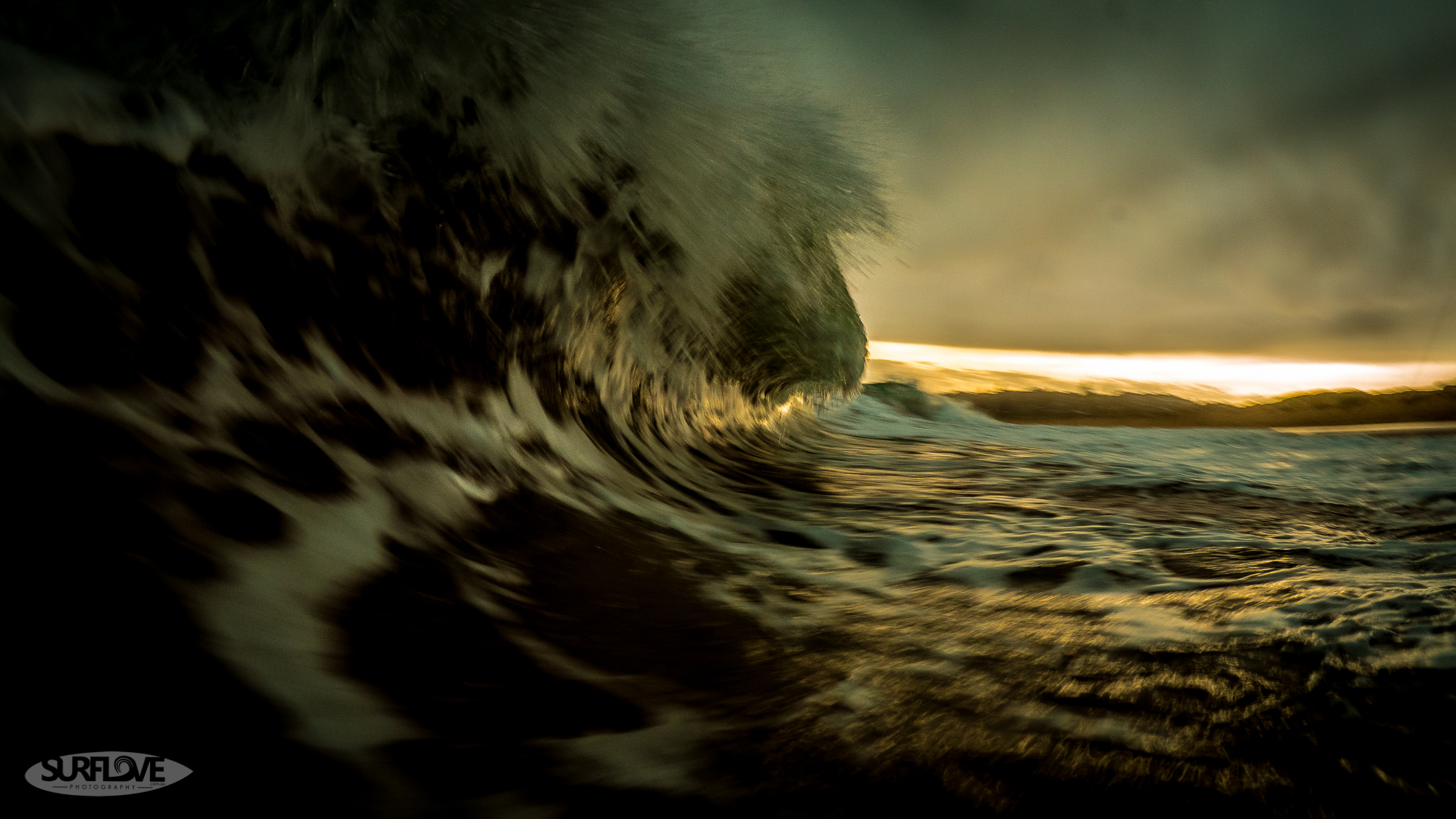 All the images in this article can be bought as prints (in all kinds of sizes).

I’d be keen to hear what you think about the shots – why not take a minute and leave a comment below.
Have you tried capturing these kind of waves before? Share your a link to your work below and I’ll definitely check it out. Or else send me an email (chris@chriseyrewalker.com) with your images or a link to your work.

How to Sync Presets from Lightroom Classic to Lightroom CC & Mobile
June 25, 2018