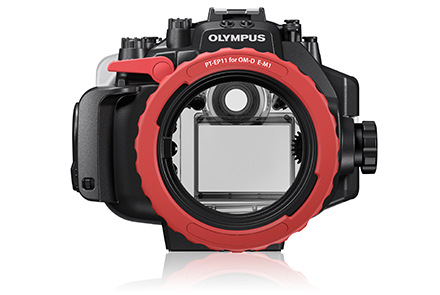 For quite some time I have been thinking about adding a mirrorless camera to my setup and eventually switching to mirrorless systems only.

There is a ton of information out there and I think explaining it into detail would lead us down a completely different path. In short: mirrorless cameras don’t have, like the name already suggests, a ‘mirror’ that flips up and exposes the sensor to the incoming light. Instead the sensor is right inside the camera. This allows them to be much smaller and more compact than the traditional DSLR camera.
This also means you don’t actually get to see the real world through the viewfinder on a mirrorless camera. You are effectively looking at a screen inside the viewfinder.
A year or 2 ago this technology was too slow for action sports. But the new mirrorless cameras have caught up and looking through the viewfinder on a mirrorless camera is pretty much the same as looking through a DSLR viewfinder. It is actually better because the camera displays more information on top of what you are seeing (ie the white balance changes the look of the image inside the viewfinder, making it easy to match it to the real world)

One of the many great advantages of mirrorless systems (especially the Olympus OMD EM-1):

Stabilisation. The sensor has a 5-axis stabiliser that actually moves the sensor itself, as opposed to elements in the lens in DSLR systems. So even if the sensor is much smaller, you can actually still shoot the camera handheld at shutter speeds below 1/20sec.
This also means smaller lenses as there is no need for moving glass inside the lens.

Now why would I want this system as a surf photographer?
The answer is simple: Weight.

As a surf photographer with some serious travelling plans in the coming year I think this will just be too much weight to carry around with me. Many surf photographers have multiple hard cases and lug around even more gear than I do.
We live in a world where technology is becoming faster and faster and most of all more and more compact, why shouldn’t cameras do so?

Why is it that in the camera industry nearly everyone still thinks: bigger is better?

I believe the new technology is up to the job and that is why I’m switching over to Olympus and a range of lenses and gear:

This is a bigger range of lenses than I currently own but the total weight of this setup is not even half of what my Canon gear weighs. The good thing about the micro 4/3s lenses is that the range is doubled when you compare it to a 35mm (or full frame) camera. This means the 40-150mm f/2.8 equals a 80-300mm lens.
I will no longer need a monopod for long lenses as the longest lens currently in production is the 40-150mm f/2.8 weighs only 750 grams (nearly half  the weight of my current camera body 1D Mark IV at 1,230 grams) and I will be switching to a much smaller and lighter tripod as there is no longer any need for such a massive, sturdy tripod.

Of course there is a downside to the mirrorless sensors. They are much smaller than full frame sensors and this results in a slightly lower image quality in low light. However I shoot surf, which happens 99% in bright daylight, so I don’t think the image quality loss is going to effect my images much. Smaller camera bodies also mean smaller batteries, which means I will need to have more batteries on me to get the job done.

All of this is still a test as there is currently no one shooting surf with these cameras and it is yet to be proven that the Olympus system will deliver the quality I need. I have been looking at numbers, talked to Olympus and tested the E-M1 a few times and taken the risk. I ordered the gear and I’m expecting it to arrive next week.

The future will tell if this was the right decision.